John Romero’s Night Work Games has decided to temporarily push back the crowdfunding campaign behind newly-announced shooter Blackroom, Develop can reveal. The campaign went live on Monday when Romero revealed he would once again be working with fellow Id Software co-founder Adrian Carmack on the project: a fast-paced FPS set in holographic worlds that enable the team to introduce any setting and weapons. While the response to the announcement has been largely positive, calls for preview footage have prompted the team to reschedule the Kickstarter push. “All the comments we’ve heard from people say that they want to see some gameplay,” Romero told Develop. “They like the idea, they think it’s really cool but they want to see some of it.” A demo is already in the works, but isn’t due to be finished before the Kickstarter campaign ends. While Romero acknowledged that the team could “work around the clock” to do so, entering such levels of crunch is “not what we do”. At the time of writing, the campaign has 2,278 backers and $130,696 of its $700,000 target, but the veteran designer has observed a slight disconnect between hype for the game and the funding support. “It’s funny. When you look at the successful Kickstarters out there, you see tens of thousands of backers,” he said. “There’s not tens of thousands of backers on this one, but there are a lot of comments on YouTube, our sign-up and from the backers that we do have. All the comments are really great, massively positive, but it’s weird that it didn’t translate [to more backers]. “We know the only reason why it wouldn’t is because we didn’t show gameplay. And they’ve told us that. We’re not in a massive rush to hurry up, get all the money and start making the game – we want to do it right. So we’ll stop the fundraising for now, finish the demo we’re working on and then do it again. If they don’t like that, then we don’t make that game – but we think they will like it.” Romero predicts that will take one to two months before the demo is ready, at which point the studio will relaunch the Kickstarter campaign with the same goal and reward structure. The team hopes to offer backers who return and pledge again a little something extra – “just as a thanks for sticking with us”. “We want to show off the Boxel UI and how that works in a fast-paced game, because that’s something a lot of people have been asking. We want to show things that are new about the game, the speed of it, and what we’re trying to get across. It should only take us a few months to bring all of that together. It won’t be a full level, but it will be enough gameplay to show off the speed and all the other things we’re talking about.” We interviewed Romero about the new game earlier this week, in which he said it would give him the freedom to “do anything at anytime”. by: James Batchelor 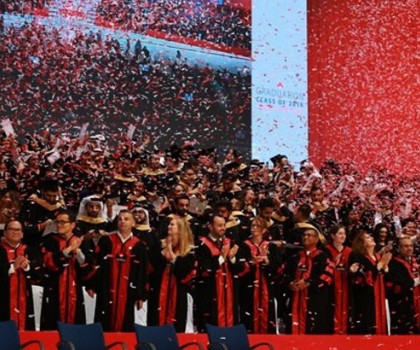