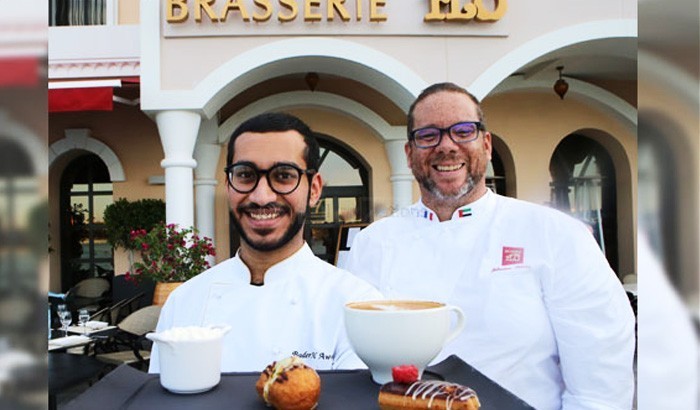 23rd April 2016, Abu Dhabi, UAE: Bader Najeeb, the youngest Emirati Chef in the UAE who gained worldwide recognition for his speciality desserts, was a part of a three-day event that saw him collaborate on a selection of desserts with Sebastien Pinson, Executive Chef of Brasserie Flo. The weekend event at the French brasserie, located within the Venetian Village on the grounds of the Ritz-Carlton Abu Dhabi, Grand Canal, gave fans of Chef Bader a chance to meet him and taste his sweet creations. The young Emirati chef designed a café gourmand dessert consisting of éclairs, luqaimaat and aseedat bobar. The café gourmand dessert is available at Brasserie Flo until the 28th of April, for 65 AED. The collaboration between the two chefs resulted in a culinary fusion of France and the UAE that pleased all who indulged. Chef Sebastien said: “I’ve been fortunate enough to work all over the world, and this weekend was the first time that I had the chance to work with an Emirati chef since I’ve been in the UAE. We have a great Emirati customer-base at Brasserie Flo so this was a fantastic opportunity to learn more about the culinary culture of the UAE. The desserts have been received well, and I think Bader and I have learnt a lot from each other.” Chef Bader Najeeb, who has previously appeared on the American talk and news television show ‘The Today Show’ said: “We’ve had a great weekend at Brasserie Flo, I’ve been able to meet, talk to, and most importantly, feed a lot of people that follow me online. I’m also grateful to have the chance to work with Chef Sebastien, and mix our two cultures into cuisine; you can gain a lot from other cultures by learning from their cuisines”. Chef Bader, who was invited to host a range of live cooking classes at the food themed Milan Expo 2015 at just 19 years of age added “I hope I can inspire other young Emiratis to get in the kitchen to cook and bake.” The cultural collaboration of Chef Bader and Chef Sebastien is the start of a series of ongoing events which will be taking place at the Venetian Village, including its other outlets: Barfly by Buddha Bar, Inakaya, and Todd English’s Olives.

Drift away to the Tropics in Cocosia's Summer Collection 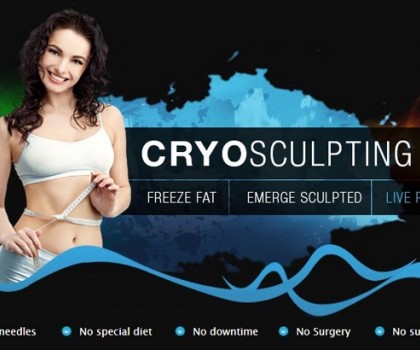