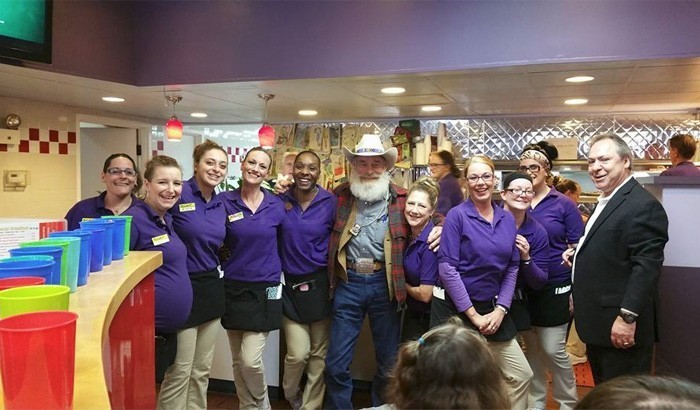 Kalamazoo Michigan - April 25, 2016 The star of the History Channel show “Mountain Men”, Tom Oar, visited Kalamazoo’s own, Sophia’s House of Pancakes, to support the local staple. Oar enjoyed himself so much, he took pictures with the entire staff, and stuck around to answer questions about his unique way of life. Tom Oar refers to himself as a man born 200 years too late. He strives to relive the founding American way of life today, no matter the technological changes and advancements. Oar works hard to perfect and keep traditional game trapping and tanning techniques alive, and loves showcasing them on TV for others to learn. Oar is an American man through and through, and he wanted to eat at the infamous American diner, that is committed to preserving the ways of the past today. Mountain Men is now finishing up its second season. The series follows several men (Oar being one) and their families as they face the challenges of living off the grid, using only what nature provides and their own innate skills and innovative approaches to navigating the wilderness. Mountain Man Tom makes his living on the show by tanning wild game hides, crafting traditional buckskin moccasins, pants, shirts, jackets, and trapping a wildlife selection for his needs. Sophia’s House of Pancakes has been serving the people of Kalamazoo traditional pancakes and homemade syrup since 2010. Mountain Man Tom is only one of many who have expressed their pleasure and satisfaction with the heartwarming diner. Sophia’s House of Pancakes plans to continue their unmatched breakfast production and service for many years to come – Mountain Man Tom, among many, couldn’t be happier about that. Learn more by visiting http://sophiashouseofpancakeskalamazoo.com Media Contact: Phone: (269) 372-3900 Location: Sophia's House of Pancakes, 4700 Stadium Drive, Kalamazoo, MI 49008 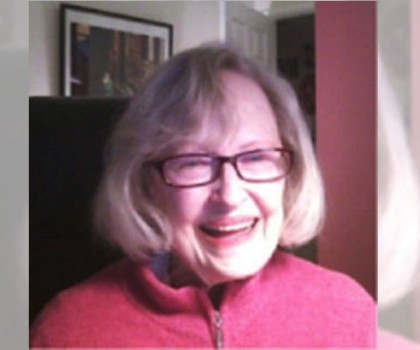