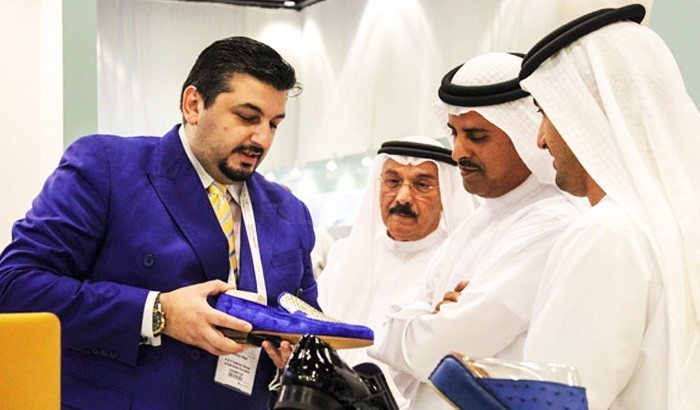 Dubai, UAE: International and local tanneries, designers, suppliers, and leather manufacturers are sharing centre-stage this week, as the Middle East’s only dedicated leather industry trade show opened in Dubai today. The exhibition was inaugurated by HE Butti Saeed Al Kindi, Second Vice Chairman of Dubai World Trade Centre. Running for three-days at the Dubai International Convention and Exhibition Centre, Leatherworld Middle East 2016 features 70 exhibitors from 16 countries, all of which have their sights on a Middle East and North African (MENA) leather market that remains in good shape. According to analysts Euromonitor International (EMI), MENA leather trade was valued at US$4.6 billion in 2015, including the import and export of raw hides, skins, furs, and leather articles such as saddlery and harnesses, travel goods, handbags, wallets, apparel, and accessories. The Gulf Cooperation Council (GCC) holds a 67 per cent share of that figure, with US$3.1 billion worth of exports and imports last year, spearheaded by the UAE (US$1.2 billion of imports and exports), and Saudi Arabia (US$497 million). Saudi is also a leather manufacturing hub, with a production turnover of tanning and dressed leather (clothes, footwear, and accessories) valued at US$346 million in 2015 according to EMI, and growing nearly eight per cent over the next four years to be worth US$373 million by 2019. The UAE meanwhile is a haven of luxury spending; last year, the retail value for the UAE’s luxury leather goods market, including wallets, bags, purses, handbags and accessories, grew 14 per cent year-on-year, valuing US$413 million, with this expected to nearly double in size by 2020, when the market will be worth US$800 million. That will be welcomed by global and local players alike at the 2nd edition of Leatherworld Middle East, as they look to make a mark with their latest wares, from exotic hides such as alligator, snake, and stingray skins, to finished leather goods including footwear, handbags, and belts. “We’re delighted to bring the global leather industry together under one roof at Leatherworld Middle East 2016,with exhibitors coming from all over the world – from Italy, Spain and Germany, to Turkey, Thailand, Iran, South Africa, and even as far away as Trinidad and Tobago and Colombia,” said Ahmed Pauwels, CEO of Messe Frankfurt Middle East, the organiser of Leatherworld Middle East. “Many are new to the regional market and eager to test the waters, while some have been around for many years and are keen to grow their business interests, not only in the Middle East, but further afield.” Leading the UAE exhibitor charge at Leatherworld Middle East 2016 is Al Khaznah Tannery, the region’s only tannery that specialises in 100 per cent biodegradable and metal-free camel hide.The Abu Dhabi tannery is rubbing shoulders with European heavyweights such as Lederett from Germany; Italian stalwarts Dani, Italhide, Real Piel, and Tempesti; and Spanish artisans Albacete Industrial, and Tenerias Omega. Located in Navarre region in Northern Spain, Tenerias Omega is showcasing its luxurious bovine hides dedicated to high end upholstery, contract and hospitality, aircraft, automotive, and equine industries. Patricia Ponce, Head of Export Sales at Tenerias Omega, said: “The Middle East is a very interesting and fast-growing region, where our large product portfolio will fit very well for diverse segments such as contract and hospitality, upholstery and others. “As part of the Tenerias Omega philosophy, we feel that new areas have to be explored and developed, and we’d like to gain a stronger presence in this region. We’re presenting at Leatherworld Middle East a range of our new articles for a variety of uses, using vibrant colours and trends from our Spring-Summer 2017 collection.” Elsewhere, Italhide is looking to create a lasting impact on buyers with its newest range of exotic leathers for shoes, bags, garments, accessories, and interior design production. Silvio Rognoni, the company’s Export Manager, said: “The quality of the production in Italian tanneries is recognised worldwide as the best, and our soft crocodile skins, unique python skins,and diamond dust skins will ‘shock’visitors. “I think there’s huge potential for our business here, particularly in the fashion industry, because many students from the Middle East study fashion in Europe and the USA, and these future designers want the best exotic hides to work with, without having to travel far to find them.” Among the show features at Leatherworld Middle East 2016 is the popular Trend Forum, a ‘Parisian Workshop’ at the centre of the show floor showcasing the most innovative and luxurious leather creations currently available in the market. Turkish artist Ozlem Copurwas a highlight at the exclusive area, where she showcasedthe traditional Islamic and Turkish art form Ebru. Otherwise known as marbling, Ebru allows users to paint on water before transferring their masterpiece onto paper. In this case, however, the paper was replaced with leather. Meanwhile, the spotlight is shining on the region’s most promising up-and-coming fashion design talent at the Fashion Avenue. Year-two students from prestigious fashion institute ESMOD Dubai lined-upan inspiring array of leather garments, handbags, and accessories, combining a mix of traditional techniques, leather manipulation and cutting edge technology. Other features at Leatherworld Middle East 2016 include the Shoe Box, a dedicated showcase for footwear, where Italian designer Thierry Rabotin is launchinga Couture range of high-end footwear; and the Designers’ Area, where bespoke creations are on display, including those from Swiss designer Martina Wyss, who is introducinga range of scarves, rucksacks, and small leather goods such as belts and wallets. “I’m here to gain more brand awareness in the Gulf and Asian region as my target market,” said Wyss. “As a new comer brand, it’s very important to show my product range and engage with distributors, agents, retail and a department stores. The latest development of our brand is that we now have two lines – a luxury handmade line and another line for younger and maybe less affluent consumers.” Now in its second edition, Leatherworld Middle East 2016 has gathered wide support from leading international leather trade and tannery associations, including the French Hides Association (Syndicat General des Cuirs et Peaux), and the French Federation of Tanners (Federation Française de la Tannerie Mégisserie). 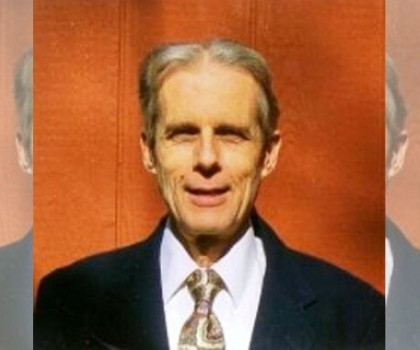