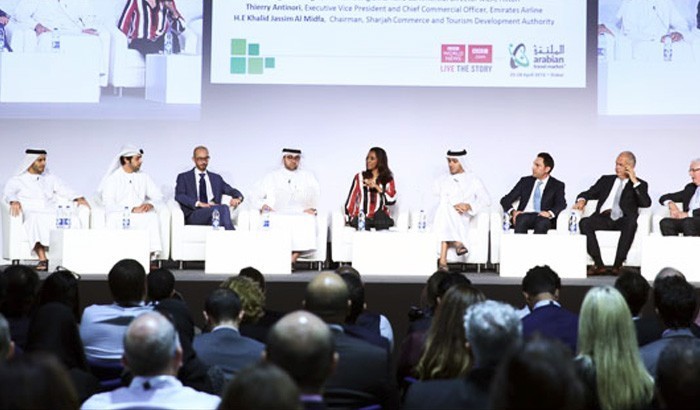 The Future of the UAE as a Global Tourism Hub was the headline session opener for the all-new Global Stage at ATM 2016 yesterday (Monday, 25 April 2016), as eight of the Emirate’s leading tourism and hospitality minds shared their experience and insight into opportunities for sustained future sector growth. Moderated by BBC World News anchor, Zeinab Badawi, the panelists included Gerald Lawless, Head of Tourism, Dubai Holding; Issam Kazim, CEO, DCTCM; Haitham Mattar, CEO, Ras Al Khaimah Tourism Development Authority; Marwan bin Jassim Al Sarkal, CEO, Shurooq; Sultan Al Mutawa Al Dhaheri, Acting Executive Director, Tourism, Abu Dhabi Tourism & Culture Authority; Aligi Gardenghi, VP Marketing EMEA and Commercial Director MEA, Hilton; Thierry Antinori, Executive Vice President & CCO, Emirates Airline; and HE Khalid Jasim Al Midfa, Chairman, Sharjah Commerce & Tourism Development Authority. Differentiation as part of a shared UAE-wide tourism vision was the consensus of the eight-strong panel, with each emirate highlighting its individual contribution to the tourism big picture as the Emirates looks to the long term. “We are not looking at competing, but complementing; you don't see the Côte d’Azur racing to become the next Paris. We are all busy trying to leverage our greatest assets to position ourselves in the market,” said Haitham Mattar, CEO, Ras Al Khaimah Tourism Development Authority; a sentiment that was echoed by the other non-Dubai panelists. Sultan Al Mutawa Al Dhaheri, Acting Executive Director, Tourism, Abu Dhabi Tourism & Culture Authority (ADTCA), said: “What we do as the seven emirates in promoting the UAE and each city so aggressively [means] that we are complementing one another. We are not just growing visitor numbers we want to retain them.” According to Marwan bin Jassim Al Sarkal, CEO, Shurooq, the UAE’s tourism authorities are not in a race to emulate Dubai’s success; rather the focus is on developing and showcasing unique attributes and attractions. “We focused on features that we can actually build on like the heart of Sharjah historic district; eco-tourism on Sharjah’s east coast where, for example, you can kayak in Kalba and see turtles and kingfishers,” he remarked. For Issam Kazim, CEO, DCTCM, future growth is still reliant on public-private partnerships, but with the need to take things to the next level and showcase the depth of Dubai’s tourism product, as well as continuing to promote the safe and secure environment of the UAE. “The region has been in the middle of negative noise for quite some time, and we need to show the positive energy that is coming out of the UAE,” he said. “Rather than our original six or seven source markets, we are now focused on the 20 markets that we need to be going after; and this can also benefit the other emirates,” he added. Gerald Lawless, Head of Tourism, Dubai Holding, and newly appointed Chairman of the World Travel & Tourism Council (WTTC), commenting on challenges to future tourism growth, said: “It is important for all governments to look at the facilitation of travel. We want to make it more secure by having a common visa process. “It’s not about which country a person is coming from, but the individual. For all of us in the tourism industry, this would facilitate travel in a very secure manner for the future.” Continued peace and harmony with its neighbours was also raised as crucial for the UAE tourism sector’s stability and growth; and this extends to destination marketing on a global level. “It’s important to be able to manage perceptions, and this can be achieved through stronger bonds and collaboration with the media,” noted. HE Khalid Jasim Al Midfa, Chairman, Sharjah Commerce & Tourism Development Authority. Arabian hospitality was also identified as a key driver for tourism growth. “When you come here, you feel [at] home. It is a place where everybody smiles at you. We are a place that welcomes people, and a lot of people dismiss this when they travel,” remarked Marwan bin Jassim Al Sarkal, CEO, Shurooq. “Designed to showcase the very best speakers in the business, with a wealth of high level strategic topics, the ATM Global Stage certainly provided a strong start to the 2016 proceedings with an impressive and incisive discussion,” concluded Nadege Noblet-Segers, Exhibition Manager, Arabian Travel Market. 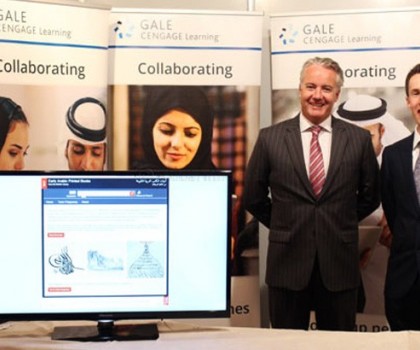