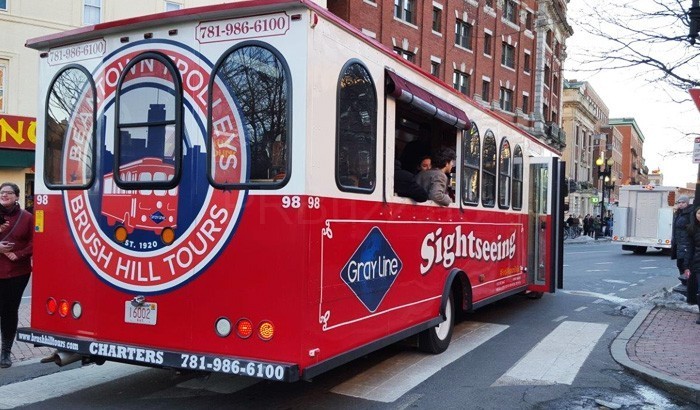 Brush Hill Transportation Company dba Brush Hill Tours (www.brushhilltours.com), a family-owned, independent transportation company and the Gray Line licensee for Boston and Cape Cod that specializes in charter and sightseeing transportation for the region, recently provided a Beantown Trolley car to help transport participants involved in Harvard University’s Hasty Pudding Theatricals 2016 Woman of the Year Parade. The trolley was third in the parade line-up, just in front of Woman of the Year honoree Kerry Washington. The parade, which took place January 28, has become part of the tradition of honoring the Woman of the Year with a day of celebrations in her honor. The Woman of the Year is selected by society members who have made a “lasting and impressive contribution to the world of entertainment.” “We were excited to be a part of this fun and historical event,” said Richard Anzuoni, Jr., Vice President and General Manager of Brush Hill Transportation Company. “It’s great to be able to support such longstanding institutions and the cultural events they provide to our region – and to tourists coming to our region.” About Brush Hill Transportation Company Brush Hill Transportation Company and Gray Line Boston & Cape Cod (www.brushhilltours.com or www.grayline.com/boston) is a premier charter and transportation service, and greater Boston’s only Gray Line-affiliated touring company. Travelers look to Gray Line, the global leader in sightseeing, as a name they know and trust. The familiar blue and white diamond logo is a symbol of reliability, shared by over 150 members in major cities throughout the world, each independently owned and operated. In 1981, Brush Hill obtained a sightseeing license in Boston, which opened the door for new opportunities in the revived tourism and convention marketplace. In the early ‘90s, the Gray Line Sightseeing Franchise or “diamond” was awarded to Brush Hill. A full schedule of one-day Boston and New England tours continues to be offered as well as the Beantown Trolley shuttle, a San Francisco-style trackless trolley car, with a fully narrated 105-minute tour of Boston and point-to-point shuttle service along the tour route. As the local expert in transportation, one of Brush Hill's specialties is in providing shuttle services. The company coordinates pick-ups for all size groups and shuttles passengers to and from their destination point. Brush Hill’s charter services are used frequently for corporate, academic or special events, including weddings, proms or reunions, for organizations as varied as the Boston Red Sox, John Hancock, and many area high schools and colleges (for both academic and athletic purposes). In addition, Brush Hill participates in the large shuttle movements for the Massachusetts Convention Center Authority (MCCA) and the Greater Boston Visitor and Convention Bureau (GBVCB). The company also runs a number of routes to Foxwoods, and operates the Boston-based Red Beantown Trolley. Brush Hill Transportation Company is owned by the Anzuoni family, who also own Plymouth & Brockton Street Railway Company. The Anzuoni family has been at the forefront of the transportation business since 1920 when George A. Anzuoni, Sr. founded Service Bus Lines. Service Bus was the first motorcoach company to use rubber tires on the eastern seaboard. Brush Hill Transportation Company was acquired in 1954. George A. Anzuoni, Sr. delegated his son Larry to take control of the commuter line. It originally offered a mode of transportation to domestics employed by the large estates on Brush Hill Road in Milton, Mass. The company also provided transit service on two commuter lines. Brush Hill’s charter business began to grow and soon had many prominent businesses, schools, senior recreation departments and individual clients on board. Brush Hill Transportation is located at 435 High Street, Randolph, Massachusetts. For additional information please call 781-986-6100. 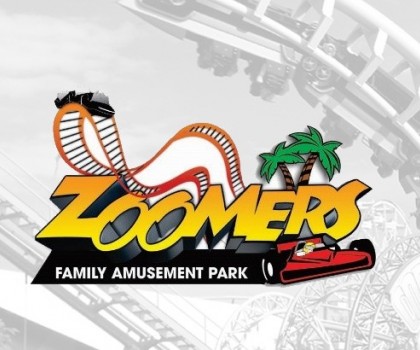