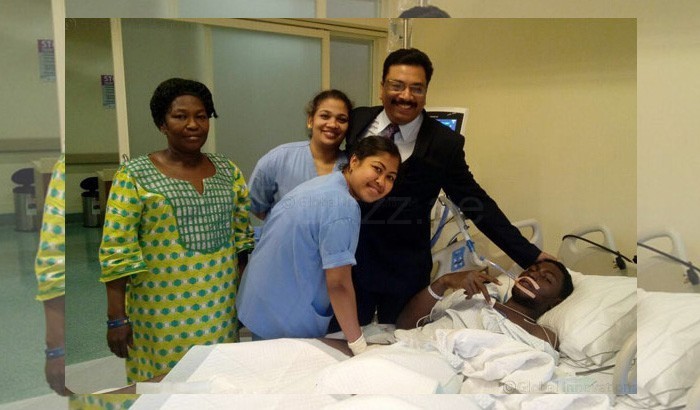 PERCUTANEOUS BALLOON DILATATION expands to UAE Healthcare industryrnrnInnovative technology reduces operation and recovery time significantly; replaces surgeries in selective casesrnTeenage patient flown in from Nigeria, finds lasting cure to a health problem that had plagued him for several years rn rnrnApril 27, 2016; Ras Al Khaimah, UAE: In a first of its kind medical breakthrough in the UAE, RAK hospital has successfully conducted a non-surgical balloon dilation procedure on a patient’s heart to remove an unnatural overgrowth of tissue – the subaortic membrane – that was obstructing the patient’s blood flow into the heart, causing immense pain and discomfort for several years. The innovative procedure, known as percutaneous balloon dilation technology, not only replaces risk-involved surgeries in many cases, but also helps to avoid surgery, the resulting scars, and drastically reduces the recovery window needed by the patient.rnrnThe nineteen-year-old Nigerian patient had been suffering from a congenital heart disease, resulting in recurrent blackouts in the past several years. Despite frequent visits to doctors, he could not find any relief for his health problem, and eventually, tests in his home country revealed severe obstruction in the outflow tract of his heart. This rare condition impeded the blood from reaching the heart, and ultimately resulted in a shortage of oxygenated blood in the entire body. The patient was referred to RAK Hospital where Dr Ajay Kanojia found a thin sub aortic membrane in his heart positioned a small distance from the aorta. The membrane was punctured with a few holes that allowed a small amount of blood to pass through.rnrn“We did percutaneous balloon dilation on him and the entire procedure, took about 40 to 45 minutes. After initial bed rest, the patient completely recovered,” said Dr Ajay Kanojia, who along with cardiac expert Dr Sitaram RadhaKrishnan, had conducted the operation.rnrn “The case also drives home the point that heart screening for children should be made compulsory to avoid more complications with congenital heart defects. The patient had suffered for years because his case wasn’t diagnosed properly, and it could have led to further severe issues, had he not had the procedure. Thankfully, at RAK Hospital we have the infrastructure in place to deal with such difficult cases, courtesy a dedicated staff and exceptional clinical acumen.”rnrnThe non-surgical procedure is similar to balloon angioplasty, where an empty, collapsed balloon is passed over a wire into the membrane and then inflated to a bigger size, putting pressure on the membrane forcing it to widen its holes, allowing blood to pass through comfortably into the heart.rnrnPatients suffering from subaortic membrane experience shortness of breath, fatigue, recurrent blackouts, swelling in legs and face difficulty lying on their back. Generally the condition stems from congenital heart disease and worsens over the years, leading to enlargement of the heart, and ultimately, heart failure. Earlier, surgery was the only procedure to excise the subaortic membrane, but now percutaneous or non-surgical method is fast gaining popularity. rnrnDr Raza Siddiqui, CEO Arabian Healthcare Group and Executive Director of RAK Hospital said: “RAK Hospital, always looking to push the envelope, has yet again accomplished a feat aimed at bringing further comfort and peace to its patients. Over the years, the hospital has gained a reputation for its innovative expertise, cutting edge technology and cost-effective medical facilities, complimented by local and international human resource. We take pride in the fact that RAK Hospital is an oft-referred healthcare institution, and we have been attracting significant number of patients from other countries, particularly African countries.rnrn“The UAE healthcare sector has displayed extraordinary growth and significant progress in the past few years. There is a boom in the healthcare sector due to population growth, chronic disease prevalence, aging population and growing medical tourism in the region. This case is a feather in the cap of RAK hospital and a huge milestone for the UAE healthcare industry,” added Dr Siddiqui.rnrnAppreciating RAK Hospital for bringing lasting happiness in his life, the patient and his mother thanked the hospital for its apt diagnosis, complete healthcare and the world-class service that he received.

Tracking the Progress of Gym Workouts Is Now Cheaper 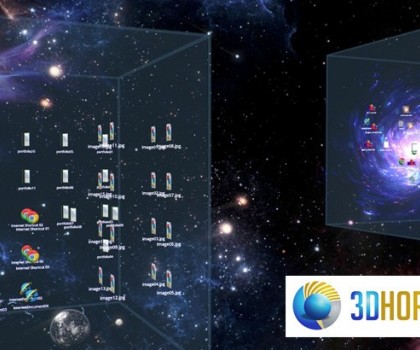