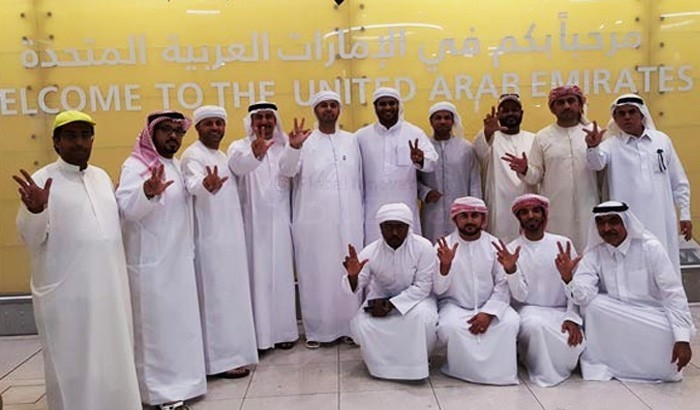 Dubai, UAE, April 23, 2016: Thanks to a generous gift from the wife of His Highness Sheikh Mohammed bin Rashid Al Maktoum, Vice-President and Prime Minister of the UAE and Ruler of Dubai, HH Sheikha Hind bent Maktoum bin Juma Al Maktoum; Dubai Customs (DC) represented in Port Rashid Operations Center of Jebel Ali Customs Centers Management, in cooperation with Dubai Media Corporation (DMC) represented in Al Bayan Newspaper, organized a Umrah trip to Mecca for 70 people from DC and Al Bayan. This gracious tribute is the first in 12 bountiful campaigns under the initiative “To Heavens, Rashid!” first proposed by the Senior Clearance Officer at Dubai Customs, Nadia Gharib Al Basti and organized in collaboration between DC and DMC under the auspices of HH Sheikha Hind bent Juma Al Maktoum. A series of subsequent events will be held for the aim of charity as a tribute to the late Sheikh Rashid bin Mohammed bin Rashid Al Maktoum. This undertaking proved the rock solid consolidation between the sons of the UAE in praying for the Late Sheikh Rashid and the UAE’s martyrs who sacrificed their souls to fortify and safeguard their country. Khulood Al Muhairi, Deputy Chairwoman of BPW (Business Professional Women) Emirates Club, member and coordinator of Emirates Women Police Association and the Umrah coordinator from Zabeel Office hailed this gesture from HH Sheikha Hind and highlighted the great contribution of Her Highness in both philanthropic and societal wellbeing norms, she also hailed and glorified Her Highness’s limitless and countless contributions to humanity. She also highlighted that this generous gift is an evident testimony of the unshaken bonds between their Highnesses the Sheikhas of the UAE and the people of this land. Abutalib Mohammed, Senior Manager Customers Service – Port Rashid, reaffirmed Her Highness’s attentive approach in bestowing prosperity upon the needy and Her evident trails of charity across the country and the world. He also pointed out that this initiative first proposed by Nadia Gharib was received wholehertedly by HH Sheikh Hind bin Maktoum and its first mission was well organized to ensure an excellent bonds-building Umrah for all the participants The “To Heavens, Rashid!” initiative entailed the Umrah as a start to be followed with “Our Charity for you in the lunar month of Shaban” campaign, “The Orphan’s Eid Bounty”, the establishment of a Quran Memorization center in Dubai, a Hajj mission, Eid al Fitr and Eid Al Adha clothes distribution campaigns and a Zakat campaign for people living in remote areas within the UAE, amongst many more. The privileged group who took part in the Umrah trip to Mecca expressed their sheer happiness for this opportunity to be at the holy land and conveyed their genuine heartfelt appreciation to HH Sheikha Hind. Nadia Al Basti highly appreciated HH Sheikha Hind’s kind support saying, “This gracious undertaking is a clear mark of HH’s commitment to Islamic values and the spirit of brotherhood and tolerance which are attributed as true hallmarks of the UAE people.” Badria Hassan Ibrahim, Financial Accountant at Dubai Customs, shared her overwhelming feelings to partake in this Umrah, saying “ We pride ourselves for being part of this kind country and to be under the umbrella of our wise leadership, known for their generosity and gracefulness.” “ We have prayed for Al Mighty Allah to bless Sheikha Hind for this gesture,” said Sina Fadhel, Follow Up Officer at Clients Management Division. “This cherished tribute stands as another landmark in the longstanding record of our wise leadership tributes,” said Ashour Mousa, Senior Editor at DC Corporate Communication Department. Ahmed bin Natouf Al Falasi, Senior Clearance Officer and Masoud Al Masoud, Customs Inspector also expressed their gratitude for this gracious move and thanked Dubai Customs for facilitating the voyage and the efficient services they received across the whole process of doing Umrah rituals. The Umrah trip included a special visit to Jebel Arafat, Mina, Jabal Al Rahma, Al Muzdalifah and Jamrat al-Aqabah which brought happiness to the hearts of the participants and made them experience the blessed atmosphere of the Hajj pilgrimage. 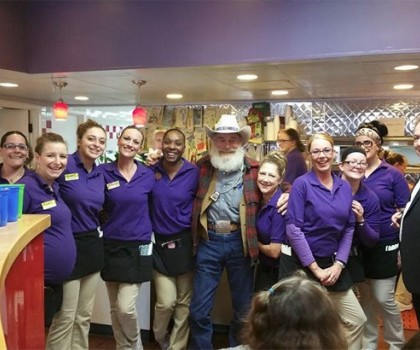