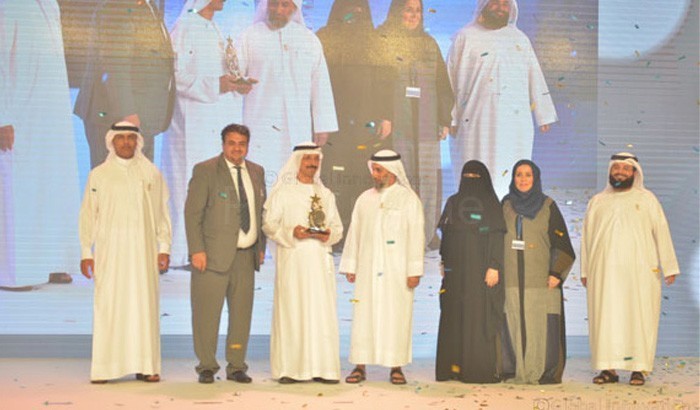 Achievements leading to excellence: rn• Effective contribution in the growth of Dubai’s non-oil foreign trade to AED 4 trillion in 3 years rn• 24 million customs declarations processed during 2013-2015 rn• The daily client happiness meter pointed at 94% in 2015rnDubai, UAE, April 28, 2016: Dubai Customs has celebrated its win of five trophies at the Dubai Government Excellence Program 2015 – 2016. The celebration, which was held today April 27th, 2016, at Grand Hyatt Dubai, was attended by Sultan Ahmed bin Sulayem, Chairman and Group CEO of DP World and Chairman of Ports, Customs and Free Zone Corporation, Ahmed Mahboob Musabih, Dubai Customs Director, DC employees and strategic partners. rnThe award categories granted to Dubai Customs are the coveted Distinguished Government Department, the Best Innovative Idea, which went to the Smart Customs Inspection System (Smart Table), the Distinguished Field Employee, to Ahmed Abdulla Al Ghais, Inspection Officer at the Passenger Operations Department, the Distinguished Woman Employee to Naeema Saeed Al Niemi, Customs Valuation Assessment Manager, and the Unsung Hero to Gulam Mohammed Gulam, worker. rnAmbition has no limit rnSultan Ahmed bin Sulayem, DP World Group Chairman and CEO and Chairman of Ports, Customs and Free Zone Corporation, emphasized that the awards won by Dubai Customs, within Dubai Government Excellence Program (DGEP), since it has been launched, are attributed to the wise directives of His Highness Sheikh Mohammed bin Rashid Al Maktoum, Vice President and Prime Minister of the UAE and Ruler of Dubai. rn“The directives of His Highness showed us the way to excellence, on which we moved confidently making great strides during our journey towards distinction,” he said.rnBi Sulayem pointed out that DGEP has played a pivotal role in the development of Dubai government entities, improving their organizational performance and services, in order to make Dubai a great example to follow locally, regionally and globally.rn“We have learnt from His Highness Sheikh Mohammed bin Rashid Al Maktoum that ambition has no boundaries, that the word ‘impossible’ is not in leaders' dictionaries, and that goals and aspirations wouldn’t come true without cooperation and teamwork spirit,” he added.rnBin Sulayem praised His Highness for his strong determination and clear plans to achieve Dubai’s vision to be a distinguished regional and global financial and business center, stressing that His Highness’ plans aim at shaping the future and facing all challenges.rnComprehensive model of excellencernThe Director of Dubai Customs Ahmed Mahboob Musabih expressed his contentment with the accolades, particularly the cherry on top; the Distinguished Government Department. He noted that 'It is more difficult to stay on top than to get there. Dubai Customs, through its steadfast commitment to excellence, has managed to stay on the top. rn“Thanks to the wise directives of our leaders and the dedication and loyalty of its people, Dubai Customs is shaping the future and implementing modern management approaches. We rise through our people. Promoting the principals of innovation, creativity and excellence among employees and creating a productive work environment have certainly paid off. Dubai Customs’ award-winning projects have contributed to the emirate’s overall development.” rnFurthering innovationrnAhmed AbdulSalam Kazim, Director of Strategy and Corporate Excellence, said the DGEP created a competitive environment that is conducive to further government excellence, creativity and innovation. “The awards acquired by Dubai Customs in the 19th DGEP edition motivates us to do better and better in the coming years in order to take to the UAE and Dubai to a new stage of progress and global competitiveness.”rnrnAchievements leading the way to winning 5 excellence awardsrn• Effective contribution of DC’s top notch customs services in the growth of Dubai’s non-oil foreign trade which totaled close to AED 4 trillion over 3 years from 2013 to 2015 rn• Dubai’s foreign trade accounts for around 78% of the UAE’s overall non-oil foreign trade rn• 24 million customs declarations were processed during 2013 through 2015 rn• Dubai Customs’ revenues contribute about 19% of Dubai’s income, and represent the biggest share of the nation’s trading and customs business – the UAE moved from 24th globally in 2008 to 4th in 2014 in terms of efficiency and ease of customs proceduresrn• As high as 67% of inter-GCC trade goes through Dubai, due to exceptional customs facilities and services in land, sea and air entry pointsrn• DC put into execution studied action plans to translate its five-year plan 2012-2015 strategic plan, which emanated from the Government of Dubai’s strategic plan, and implemented it across its business units through a number of operational plans and initiatives rn• The successful implementation rate of development initiatives reached 72% in 2013, 87% in 2014 and 90% in 2015rn• News customs expansions took place, including in Al Maktoum Airport, Hatta border, and Jebel Ali entry points rn• Dubai Customs has inculcated the concept of organization and reinforced the culture of corporate excellence among its employeesrn• Dubai Customs implemented best administrative world practices and was accredited with many quality and excellence standards in all business fieldsrn• Customer satisfaction amounted to 88% in 2015, compared to 83% in 2014. Partners satisfaction also scored 88% in 2015, up by 2% from 2014. 88% of suppliers expressed their satisfaction in 2015, compared to 84% in 2014. Dubai Customs scored a public satisfaction of 89% and employee satisfaction of 85% in 2015. The daily client happiness meter at Dubai Customs pointed at 94% in 2015 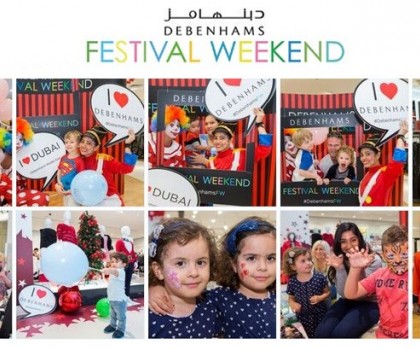