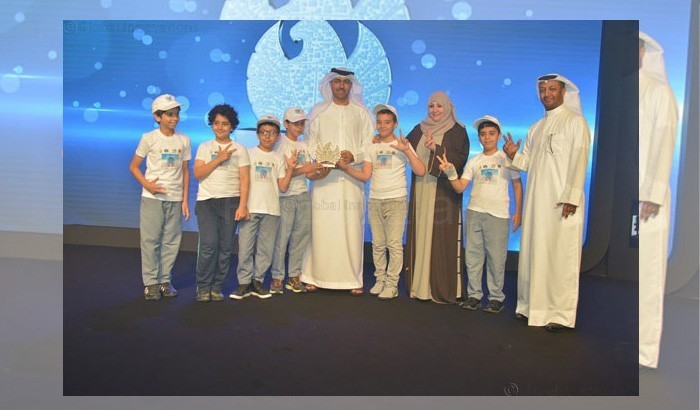 Dubai – 26 April 2016: Dubai Customs has celebrated earlier today the World IP Day 2016, in the presence of HE Major General Dr. Abdul Quddus Abdul Razak Obaidli, Assistant Commandant General for Quality & Excellence, Dubai Police, and President of the Emirates Intellectual Property Association, and members of the diplomatic corps.rnrnThe Executive Director of Customer Management Division at Dubai Customs Abdullah Al Khaja delivered the keynote address on behalf of Dubai Customs.rn“The protection of intellectual property rights is gaining a lot of momentum in the UAE, to keep pace with the progress in creative industries. The directives of HH Sheikh Khalifa bin Zayed Al Nahyan, UAE President, and HH Sheikh Mohammed bin Rashid Al Maktoum, Vice President and Prime Minister of the UAE and Ruler of Dubai, towards bolstering innovation and creativity in the UAE, call for better protection of the rights of creators and innovators across all fields,” Al Khaja said.rnrnThe World Intellectual Property Organisation (WIPO) chose “Digital Creativity: Culture Reimagined” to be the motto for World IP Day 2016 in a bid to further the role of IPR in encouraging creativity and innovation and supporting intellectuals and creative minds to continue producing works that enrich the social and cultural progress of humanity. rnrn“A report estimated that the growing impact of digital piracy could add up to £215 billion in lost revenue globally, while in the MENA region, losses in revenue due to digital piracy amount to over £750 million every year,” Al Khaja noted. rnrnAccording to Al Khaja, in 2015 alone, Dubai Customs made 135 seizures of IPR infringing goods, worth around AED 16.8 million, and in the first quarter of 2016, 54 seizures were made at a value of AED 34.5 million. “You can only imagine the health and economic impacts if these goods went into our markets,” he said.rnrnIn parallel with Dubai Customs’ efforts to thwart all attempts to smuggle violating goods is its strive to raise awareness of the matter locally, in the Gulf region and even internationally. In 2015, Dubai Customs organised 31 awareness sessions of IPR protection that benefited 10,181 people, and 5 workshops to train government employees and inspectors to recognise counterfeits, in collaboration with brand owners. As many as 184 people took part in these workshops. rnrnDubai Customs’ activities raising awareness of this cause, as per Al Khaja, extended to cover tourists who travelled the sea to come to Dubai. The maritime tourist season spanning November 2015 till May 2016 has seen the staging of 22 workshops aimed at raising visitors’ awareness and ensuring they have an enjoyable tourist experience of Dubai.rnrnAl Khaja named HE Major General Dr. Abdul Quddus Abdul Razak Obaidli, Assistant Commandant General for Quality & Excellence, Dubai Police, and President of the Emirates Intellectual Property Association, the IP Personality of the Year 2016. rnrnHe awarded the Ministry of Education, as well as the winning schools and universities of Dubai Customs’ IP Awards. Taking first, second and third places were Al Khaledia Model School for Boys, Al Qalaa Elementary and Secondary School for Girls and Al Zahhra Elementary and Secondary School in Hatta respectively. As for universities, first place winner was United Arab Emirates University – Al Ain, followed by Ajman University of Science & Technology in second place, and Hamdan Bin Mohammed Smart University in third place. rnrnAl-Hikmah Private School was recognized for the best IP website. The United Arab Emirates University was named winner of the best media coverage category. Al Khaledia Model School for Boys bagged the best innovation and creation award. Al Ebdaa Model School- Girls was granted the best play on IP award. Al Jahiz Boys School was awarded in the category of best IP team, while the innovative child award went to Anood Ahmed Salem.rnrnMoreover, Juma Al Majid Group, Paris Gallery and D-Seven Motion Pictures were also among the honourees. rnrnCustoms centres that made exceptional effort in IPR protection in 2015, namely Jebel Ali Customs Centre and Cargo Village Customs Centre, were recognised. From Dubai Customs task force, Mubarak Al Mansouri, Senior Inspector, Mohammed Bin Sahem, Senior Inspection Officer, and Abdullah Abdul Rahman Al Hashemi, Inspector, received accolades for their remarkable commitment to IPR protection in 2015. rnrnAl Khaja awarded the trade agency and law firm with the highest number of recorded trademarks in 2015: Al Rostamani Group and Cedar White Bradley.rnAs for the trade agent and trademark with the highest level of cooperation with Dubai Customs in 2015, Al Khaja awarded Mohamed Hareb Al Otaiba Group and Nike International Limited.rnrnThe honorees also included FARES; the first trademark recorded in the UAE, International Red Wing; the first trade agency recorded in the UAE, BREITLING by Al Tamimi & Company; the first trademark recorded in Dubai Customs, and Matsushita electric industrial Technics Panasonic by Al-Futtaim Panatech, the first trade agency recorded in Dubai Customs. 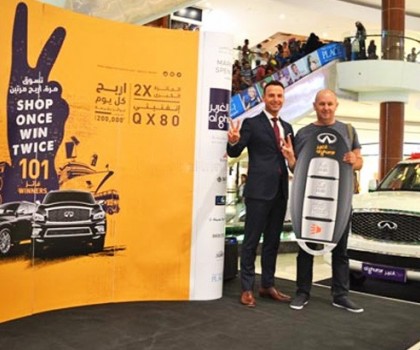