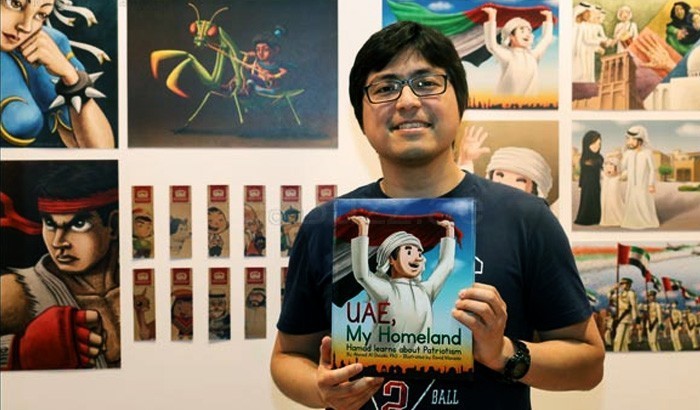 Illustrator's Corner showcases unique artistic technics from Emirati and International Artists Abu Dhabi, UAE April 30, 2016: Digital 3D sculpture and animated art are set to captivate visitors at this year's edition of Abu Dhabi International Book Fair (ADIBF), as local and international illustrators, calligraphers and manga artists combine their artistic flare in a showcase of remarkable imagination and creative design at the Illustrator's Corner. ADIBF is organised by Abu Dhabi Tourism & Culture Authority (TCA Abu Dhabi) and runs until 3 May, 2016 at the Abu Dhabi National Exhibition Centre (ADNEC). Bringing together a selection of 21 artists from the UAE and across the globe, each covering a variety of artistic expressions including cartoons, specifically Manga, a style of cartoon drawing originating from Japan, graphic design and digital illustration, the Illustrator's Corner sets the stage for budding art enthusiasts to interact with fully established artists, who showcase impressive artworks in various media forms and products. Emiratis Sara Almulla, Urooj Humayan Sabir, Asma Al Romaithi and Mariyam Al Hammadi, Maha Al Ali, Adham Alokash, Izzat Saad Al Asmari and Joumana Ismail are some of the remarkably gifted local talents that will grace the platform presented at the Illustrator's Corner. Sumaia Alamoodi, Noura Al Sayed Al Hashmi, Ashraf Hossain, Ibrehem Swaid, David Macedo, Diaa Allam, Ruth Burrows, Ahmed Altattan, Fadi Fayyed, Adriano Carreon, Ufuk Kobas Smink, and Allessandro Sanna round off the internationally-renowned line-up of artists, illustrators and cartoonists. Set as a hub for creativity at the Abu Dhabi International Book Fair, the Illustrator's Corner has over the years created excitement through enthralling presentations that depict the processes behind design and artistic inspiration and modes of expression. Thought-provoking dialogue on the exhibited artwork as well as a variety of workshops are the cornerstone of the Illustrator's Corner, as artists delve into details of various styles of imaginative expression. Inga Steinmetz will intrigue spectators keen on exploring the various styles of manga, touching on the various forms and expressions of this comic drawing technique well affiliated with its Japanese origins, through a series of workshops entitled “Telling a story in Manga Style”. Living and working in Berlin, Steinmetz is acclaimed as one of Germany's prominent manga artists, and most notably her works “Freche Madchen – Freche Manga” (“Cheeky Girl – Cheeky Manga”), “Bruderchen und Schwesterchen” (“Grimms Manga”), “Alpha Girl and “Schneeballens Fall”. Born in Egypt yet raised in the UAE, Urban Planner and Landscape Artist Diaa Allam will combine elements of calligraphy and Arabic in a presentation that depicts his passion for both the language and the art of decorative writing. Through a series of pen and brushstrokes, Allam will captivate audiences with his works that form a contemporary expression of Arabic calligraphy. During the remainder of the Fair visitors to the Illustrator's Corner can look forward to exciting experiences presented by David Macedo, Peruvian Illustrator, Character Designer and Web Designer. Macedo will exhibit his creative process in “Children's Book Illustrations” as he brings ideas from inception, to sketches to final illustration to life. Three-time winner of the Premio Andersen for children's literature Italian illustrator and author of Pinocchio prima di Pinocchio (Orecchio Acerbo, 2015), Alessandro Sanna takes centre-stage as he brings to life in a spectacular live painting exhibition: “The Adventures of Pinocchio: Live painting of a puppet”. The presentation masterfully combines traditional musical story-telling and visual illustration to project artworks on a large screen. The Illustrator's Corner is one of Abu Dhabi International Book Fair's most popular zones, inspiring younger generations to read through exciting, creative and thought-provoking imagery, with narratives and workshops hosted by some of the world's most talented children's book authors and illustrators. Additional workshops on a number of topics and artistic style will run throughout the duration of the week-long Fair, and are designed to emphasise opportunities for younger children to express their creativity and ability in art, and to participate in hands-on activities that spur creativity and excitement on contemporary graphic arts. The region's fastest-growing book fair, the 26th Abu Dhabi International Book Fair hosts 1,260 exhibitors from 63 countries, including 600 authors and more than 20 artists. The exhibition space at ADNEC has expanded by 10% compared to the hugely successful silver jubilee edition in 2015, increasing to 31,962 square metres and facilitating greater opportunities to further the vision and objectives of the UAE's ongoing Year of Reading 2016 initiative. ADIBF will run until 3 May 2016. 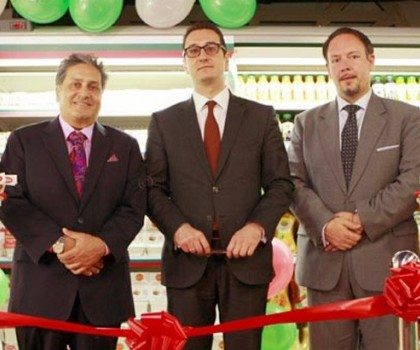