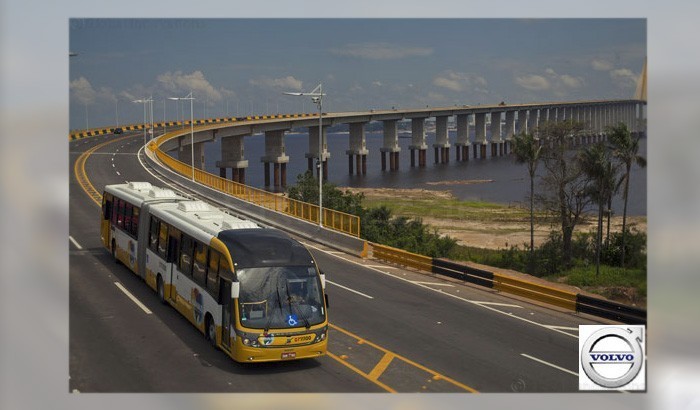 Dubai, UAE - April 27, 2016: As the public transport sector across the UAE and other GCC countries continues to expand in response to ever-growing demand, the city bus segment in particular is proving one of the preferred areas for investment by regional transport authorities. While substantial infrastructure investment has always been a key element in the region's growth strategy, the necessity to grow and modernise regional transport offerings has never been greater. Driven by growing urban populations as well as upcoming world class events such as the Dubai World Expo 2020 in the UAE, the FIFA World Cup 2022 in Qatar and increasing numbers travelling to Saudi Arabia annually to perform rites of religious pilgrimage, there will be a substantial upsurge in the numbers of passengers to be moved around the region's cities. According to the latest World Bank report on population projections, nine out of ten in the GCC are due to live in cities by 2050 with the urban population rising by 49% to over 68 million. In contrast, the global average of city dwellers will be only 66%. As the number of both residents and visitors to GCC countries increases year on year, so too does the necessity for local authorities to provide easy, reliable, safe and cost effective methods of public transport and alleviate pressure on their city's road systems. Commenting on the future demands on region's transport infrastructure, Jithesh JV, Regional Director, Volvo Buses Middle East, said: “Local authorities in the UAE and other GCC countries are facing a range of factors adding to the demands on their transport systems and recognise the role buses can play in addressing these factors. Not only are buses a strong, safe and reliable public transport system, but a greater use of city buses by residents and visitors plays a role in reducing traffic congestion, which is a major source of frustration. By reducing commute times and making it easier to get to jobs, schools, shops, and cultural attractions, safe and efficient public transport solutions can have an instant positive impact on citizens' quality of life and will allow GCC countries to continue the transition to cleaner and more navigable cities.” Authorities across the region have been taking great strides to address the ever-growing transportation needs of their populations. In 2014 it was announced that GCC countries were committed to investing USD$121.3bn in land and transport infrastructure. Since then, public transport investment has increasingly been a priority for local governments, with city bus transport in particular, a key element to providing the region's growing cities with a safe and efficient transport solution for their residents and visitors. Jithesh JV continues: “Efficient and responsible public transport requires a holistic and long-term approach and GCC countries have long recognised this and have taken action. “Industry studies show that an investment of approximately $1.1 billion will allow a country to build just 15kms of metro line, 60kms of tram line but up to 200 km of bus priority lanes. That is a significant difference and when we consider the other benefits of city bus transport such as traveller comfort, safety and operating efficiency, the investment makes sense. Growth in this sector can also be seen in other Middle East markets such as Egypt, and in 2015 Volvo Buses delivered 150 city buses to the city of Alexandria and 90 Volvo city buses have also been delivered to Alexandria so far this year. We are focussed now on delivering similar success stories in GCC countries.” The quality and networks of regional roads in GCC cities have improved exponentially over the past ten years in particular, which has allowed cities to invest in providing safe, comfortable and efficient city bus services to its residents and visitors. Current road projects across the UAE, Saudi Arabia, Qatar, Oman, Kuwait and Bahrain, signify the region's commitment to building the greatest network of roads ever available in the Middle East, with projects such as the US$266.6 billion multimodal transportation system in Saudi Arabia and the Jahra Road Development Project in Kuwait currently underway. Jithesh JV, continues: “Volvo Buses has had a presence in the region for over 30 years but in 2015, we announced Dubai as the regional headquarters for the Middle East, Africa and CIS countries. This marks a significant commitment on our behalf and highlights just how important we consider the Middle East to be to our global business plans. We are now looking forward to regional growth over the coming years while working with our local partners to support the GCC's expanding public transport ventures.” As governments in the Middle East grow their efforts to enhance ‎infrastructure across regional cities, Volvo Buses is continuing to develop the business across key markets. The Volvo Group's mission is to drive prosperity through‎ transport ‎solutions, by offering drivers and passengers comfortable bus transport with an ‎extremely ‎high level of safety. Supporting infrastructure development investment in the Middle ‎East ‎and North Africa, Volvo Buses offers a wide product range of city buses, intercity buses ‎as ‎well as services in financing, vehicle servicing, and vehicle diagnostics to regional business and authorities‏.‏ 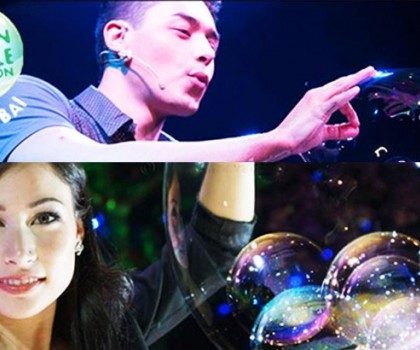