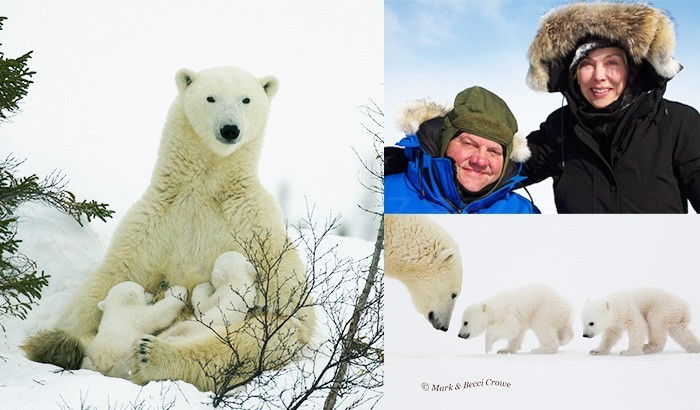 (Texas, U.S.A. Tuesday, April 12, 2016). From Churchill, Canada: Layered against the bitter subzero cold Birdzilla team members Mark and Becci Crowe scan the snow drifts in search of the world’s largest land predator, the Polar Bear. But they’ll find no males here. It’s winter and all but the pregnant females left the tundra months ago to roam the ice fields covering Hudson Bay in search of seals. The pregnant females have stayed behind digging dens where they remain until their young cubs are strong enough to venture out. The Crowe’s are seeking these tiny cubs emerging from their dens as they explore the world for the first time. A unique opportunity that few will witness, Mark and Becci are returning to polar bear country for the 3rd time to share their findings exclusively with Birdzilla. The Crowe’s now find themselves on the ground in this highly restricted area inside Wapusk National Park in northern Manitoba. Polar Bear mums begin digging dens in November and emerge 3-4 months later with their young cubs. Finding them isn’t the only challenge. Standing for hours photographing them in subzero temperatures can be difficult. Mark explains “With sub-zero temperatures, equipment has its own set of objections. A powerful auto focus lens, for example, can get very finicky in extreme temperatures. Camera batteries have a short life in the bitter cold and must be kept warm. Managing delicate cameras with thick gloves filled with hand warmers offers its own set of obstacles but we’re ready!” Sightings are always unpredictable and timing, the weather, and expert trackers determine the outcome. But it all came together for the Crowes. They saw twin cubs for the first time and had 4 exciting days observing, photographing, and videotaping the mum and cubs playing, nursing, exploring, and interacting together. The mum was headed for Hudson Bay and the search was on each morning to find them. Female Polar Bears are in a fasting state while in the den and emerge hungry. They must safely guide their cubs to a frozen Hudson Bay, nursing them en route, to hunt for seals in an effort to regain the weight they’ve lost. Polar ice is crucial for survival of polar bears. The International Union for Conservation of Nature (IUCN) list the polar bear as a vulnerable species, citing sea ice losses from climate change as the single biggest threat to polar bear survival. Polar bears rely on the sea ice to hunt, travel, breed, and sometimes to den. The future of the twin cubs Mark and Becci photographed depend on it. Physician, retired army colonel, photographer and videographer, Dr. Mark Crowe, is ready for whatever happens. Previously, Mark captured a cub exiting its den for the first time on camera. Last year, he and Becci were present when a polar bear mother and cub duo came too close to the city and ended up being sedated and transported by helicopter to a less populated region. Becci Crowe, a notable wildlife artist and Signature Member of Artists for Conservation, is up for the challenge as well. An intrepid nature has seen her explore 45 countries on 6 continents including the Republic of Congo, Botswana, Zimbabwe, Namibia, Antarctica, The Amazon, China, India, Nepal, Thailand and Borneo. "My art is a reflection of my fascination with nature and all things wild. I seek the wild around me whether it's in my own back yard or around the world,” she said. Becci and Mark network with conservationists from all over the world and Becci’s art collectors include Dr. Jane Goodall. Her TEDx talk is called, “The Art of Living an Unimaginable Life.” Background: Birdzilla is a website for birders and people who love to feed and watch birds. There are 2,000 pages, 8,000 images of birds and profiles of 500 bird species on the website. Birdzilla attracts children, adults, families and teachers from the United States, Canada and beyond. Birdzilla Founder and President, Sam Crowe spent 6 years at the world leading 101-year-old Ornithology Laboratory at Cornell University as editor of the laboratory’s “All About Birds” website and later as a marketing manager. Sam served as Vice President and Sanctuary Chairperson at Audubon Dallas, was Treasurer of The Texas Ornithology Society for 8 years, served on the board of the Heard Museum and Wildlife Sanctuary and the National Wildlife Refuge system birding initiative task force. Just ask Birdzilla’s “Professor Bird” at http://www.professorbird.com for answers to over 200 questions about wild birds. Media Contact: Birdzilla Founder and President, Sam Crowe. E-Mail: [email protected] Tel: Toll-free 888-228-3210 or 214-504-4006 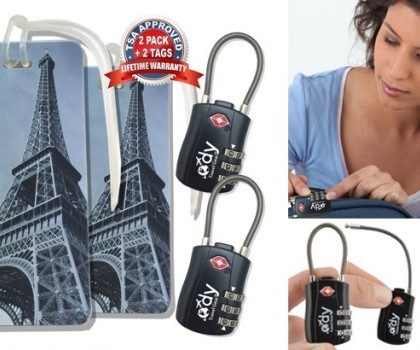